How do you solve a problem like disappearing young viewers? 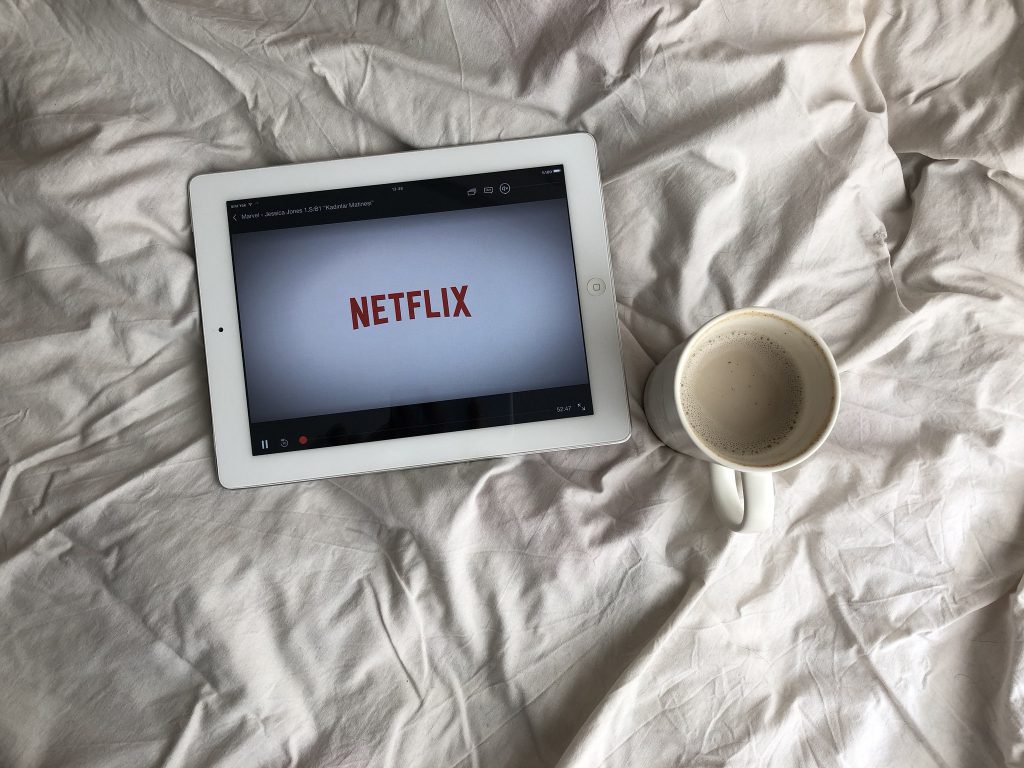 The first volume of #TVMATTERS engaged with the idea of fragmented viewing and the possible sociological effects and causes. This volume looks specifically at the way young viewers value flexibility and diversity over tradition and routine.

Over the past decade, advances in technology have transformed the world of work, play and everything that falls in between.

Welcome to the age of the millennial.

They want flexibility at work.

They want freedom to develop personally.

They doubt the intentions and ethics of businesses.

They’ve been belittled as selfish, entitled snowflakes; and yet, they will be the politicians, doctors and producers of the future.

TV is arguably one of the most affected industries by social and technological change, thus, it is no surprise that the millennial factor has hit TV viewing patterns with a bang.

Just as changing expectations of work are stimulating change and causing havoc in the workplace, traditional broadcasters are suffering from the same lack of loyalty with their viewers.

But is this trend going to reverse?

Perhaps we’ll see millennials returning to the workplace in search for a typical 9-5 job after they get over their ‘phase’ of self-discovery. 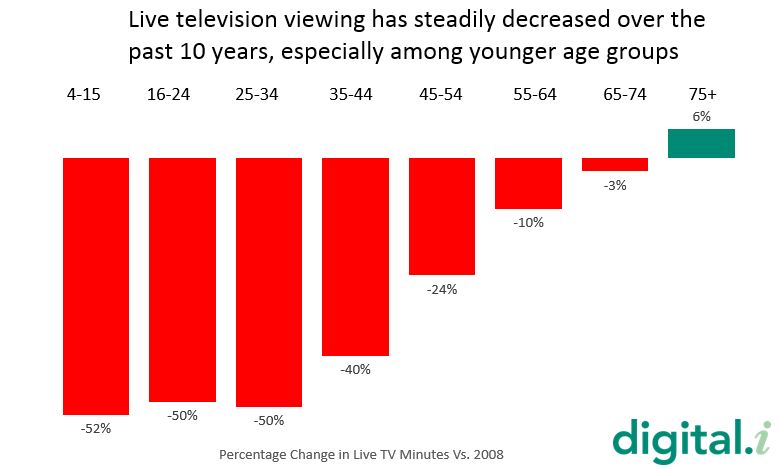 Whilst it may seem that Netflix and other SVODs came out of nowhere, pillaging and pilfering the viewing share of broadcast channels, the change has been coming around slowly. Live viewing has been steadily decreasing.

A key point here is the activity of 4-15 year olds. 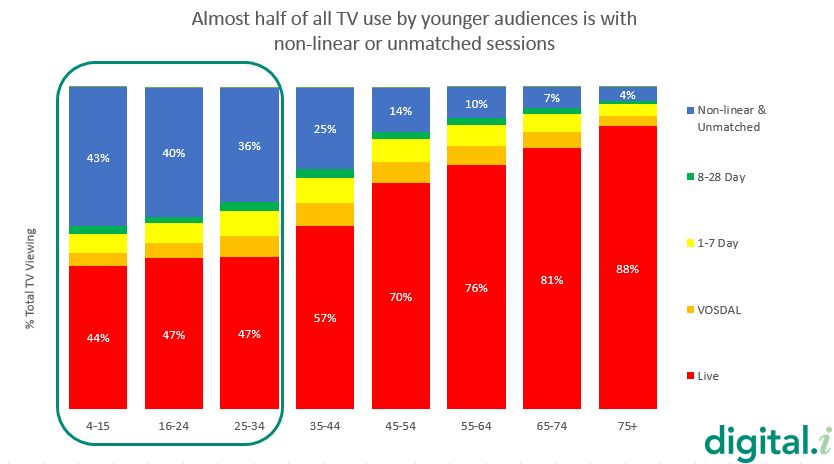 Source: BARB/Digital.i
Data based on Jan-May 2018

This generation is growing up with Youtube, Netflix and online-only services, they are potentially the most tech-savvy members of a household and there is a possibility that they will feel the same loyalty and emotional connection to online platforms that previous generations have felt towards the PSBs and videotapes.

Is it really a surprise that alongside ‘Breaking Bad’ and ‘Peaky Blinders’, you’ll find ‘Peppa Pig’ and ‘Paw Patrol’ in the top 20 most-viewed programmes on online-only services according to the Ofcom Media Nations report?

Even if the millennials decide to return to linear TV set viewing, their children will not.

So, it falls upon big business and traditional terrestrials to adapt to the changing environment. What does Netflix have that the BBC does not?

They also have the rights to many programmes traditionally shown on broadcast TV such as Friends, The Big Bang Theory and Grey’s Anatomy, all of which featured in the top 20 watched programmes on SVODs.

Flexibility and an easy-to-use platform that is cross-media functional.

A place in the vernacular. “Netflix and chill” has become part of the online colloquialisms, it has become a verb. Its character and brand infects memes and language.

Broadcasters are already starting to realise this by launching and improving their own digital platforms and renegotiating Netflix rights and successful BVOD programmes in box set form such as ‘Save Me’ from Sky.

However, investment in original content is far lower amongst broadcasters than it is with platforms such as Amazon Video and Netflix.

This content is a real draw and as various Ofcom reports show that Brits don’t think PSBs accurately and fairly reflect British society, it is easy to see that people want to see themselves, if they don’t, they’ll look somewhere else.

It is of utmost importance to address the issues of diversity, viewership needs and the new ‘timeshifted’ rhythm of life.

This is an opportunity to push creativity, new solutions and technological twists.

At Digital.i we recognise that broadcasters and indies need support from the ratings industry. That is why we offer bespoke consultancy and strategic planning for broadcasters in their process of adaptation to the field of flexi-viewing.

We can use advanced panel-level data and industry expertise to measure diversity, young viewer habits and the success of new platforms. Get in touch with us for more information.

Change is already here, don’t let it leave you behind.