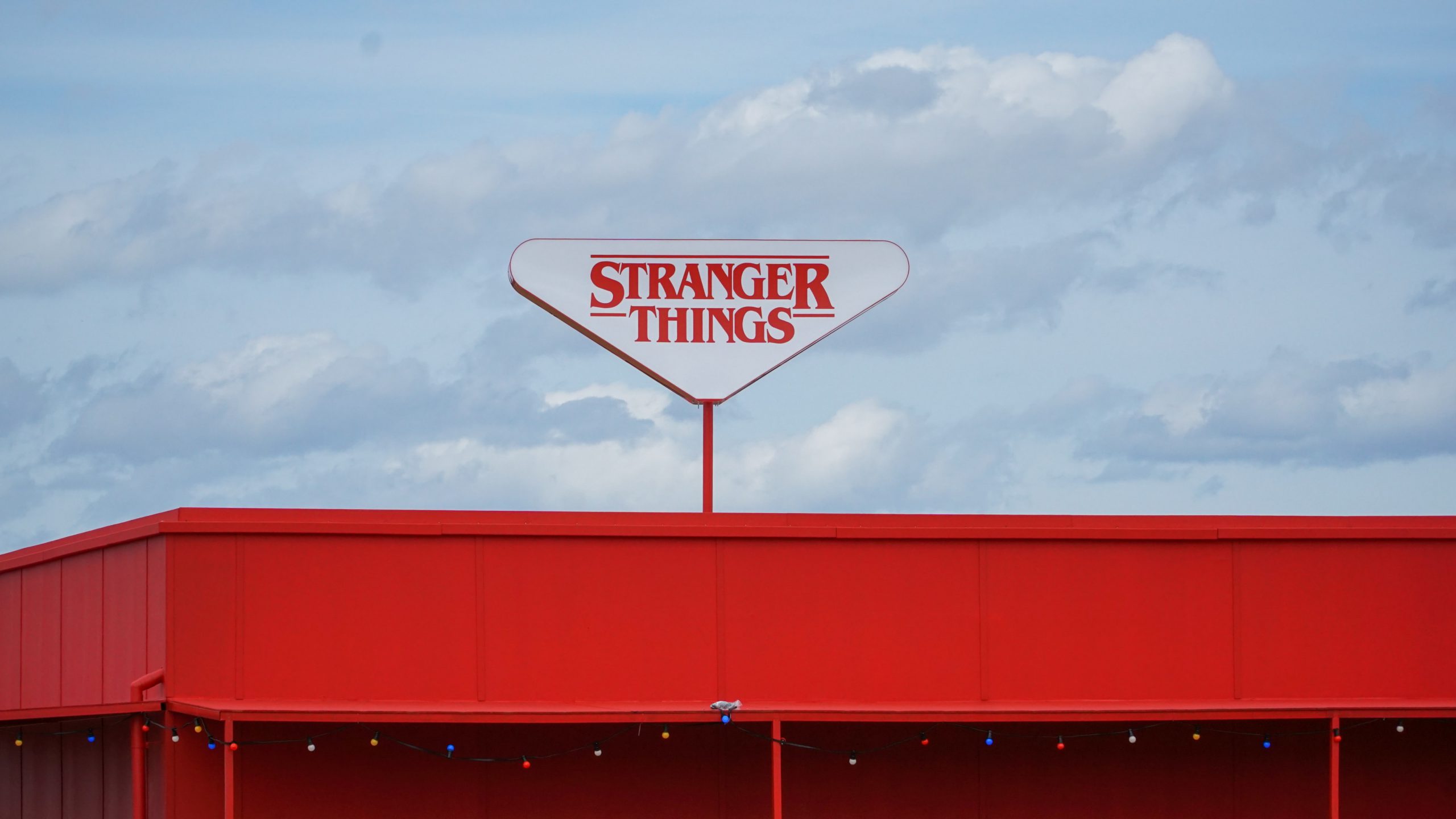 Kate Bush is number 1. You have an irresistible and inexplicable urge for New Coke. Star Wars fans are fanatically waiting for a beloved Jedi to return. You’d be forgiven for thinking that you were reliving the 80s. In reality, you’re in the eye of the storm of the streaming wars in 2022. Are you ready for some Netflix Q2 data? Well, here it comes…

WARNING: THERE ARE STRANGER THINGS SPOILERS IN THIS BLOG.

The media loves a hero to zero story just as much as the inverse. That’s how Netflix has found itself at the epicentre of the ‘rise and fall of’ narrative. Beyond the lay-offs, the Netflix machine continues to bring global TV events and non-English language content to prominence.

Ahead of Netflix’s Q2 quarterly earnings call we’ve reviewed viewing performance. Far from a broken Coriolanus, the streaming giant is more like Vecna/One/Henry. The architect of the Upside Down, licking its wounds and refining an army to take Hawkins by storm.

Or perhaps, a better comparison is Netflix as Eleven. Papa is dead, the competition is growing. However, through discipline and personal growth, victory is still not just possible, but probable.

Whatever your opinion on the future of the streaming landscape, take a quick read of our Q2 in review summary below before making any strategic decisions… 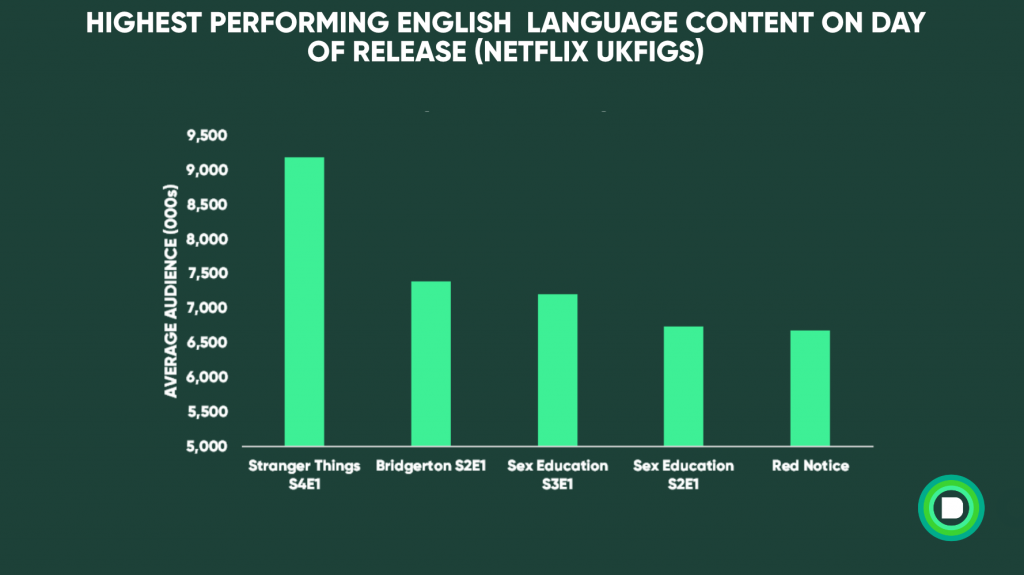 9.2 million Netflix profiles from across UKFIGS  watched the first episode of Stranger Things 4 on the day it launched. Only 7.4 million profiles that watched Bridgerton season 2 episode 1 on the 25th of March of this year.

In the UK, the show was unbeatable. It achieved audience figures only ever seen in high-profile ITV and BBC dramas. This is an astounding feat for a subscription-only service. Squid Game’s rise to the top of drama audience rankings in the UK was not a one-off success for Netflix. 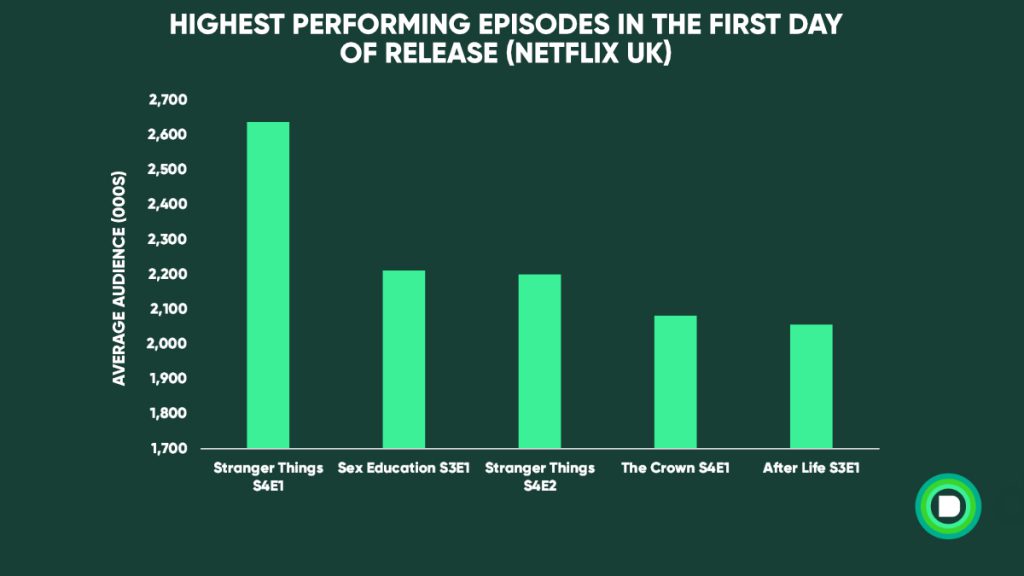 35% of Stranger Things watchers finished all available episodes within the first 5 days. Over 50% of them watched at least the first 4 episodes. A further 17% recapped on the last episode of season 3, while 13% decided to watch the first ever episode.

SPANISH PRODUCTIONS BACK ON TREND

The eagle-eyed among our readers may have noticed that Stranger Things 4 broke records among English-language content. If we include non-English language shows, then Stranger Things 4 is knocked out of the running by Money Heist.

In April of 2020 and September 2021, Money Heist smashed audience records across Europe. This left a wake of viewers hungry for Spanish-language content like Élite and Who Killed Sara?  However, Q4 2021 and Q1 2022 featured a distinct lack of breakout Spanish-language productions for Europe. That changed in Q2. 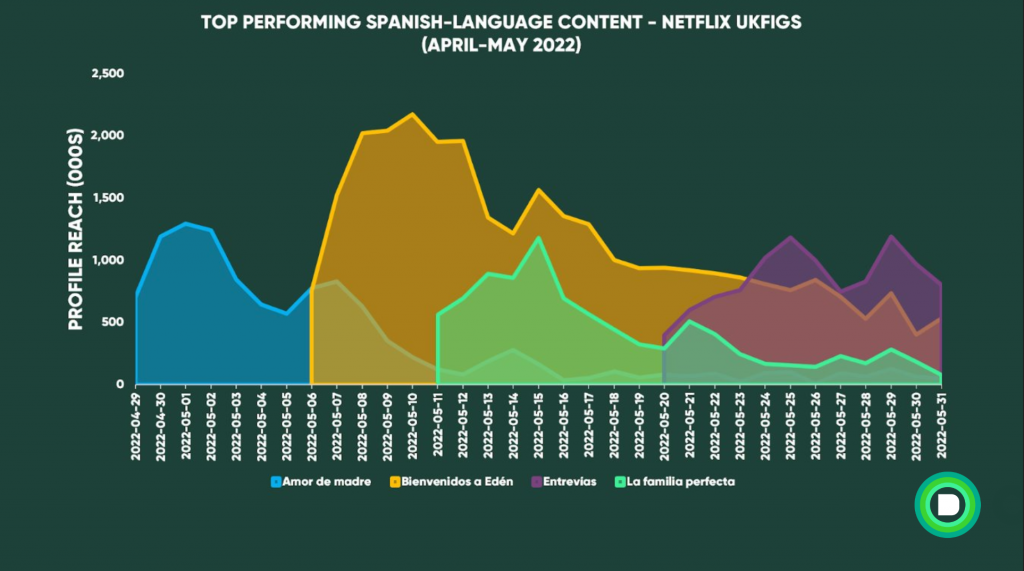 If Élite is Netflix’s Spanish answer to Gossip Girl, then Welcome to Eden (Bienvenidos a Edén) is the Hispanic Netflix answer to Lost. The dystopian sci-fi thriller averaged an audience of over 8 million European Netflix profiles in Q2 2022 and was the top series in May in all European regions apart from the UK.

Time and time again, Netflix have proved that global content can be a big winner. Although the biggest foreign language titles we see are Spanish, Netflix Q2 data shows that big names and franchises can thrive all over the globe.

The highest performing non English language title in May was the French action-comedy The Takedown (starring Lupin’s Omar Sy). The film was one of only two titles that amassed an average audience of over 10 million viewers in May across UKFIGS, as well as being the top performing title in France.

What’s on Netflix recently revealed that viewers can expect a third iteration of the franchise, demonstrating how Netflix sees the value of the content to their viewers, even if What’s on Netflix’s Kasey Moore may not be of the same opinion.

Laughs triumph over sex as Rebel Wilson’s latest comedy, Senior Year ends Q2 as one of the platform’s most successful new releases. The film made the top three for average audience for all of UKFIGS, as well as reaching more accounts than any other title (even Stranger Things) for these countries combined.

While Q2 was big for Netflix, their competitors are moving fast.

Disney+ released the latest instalment of the Star Wars Franchise, the long-awaited Obi-Wan Kenobi, and it was worth the wait. At time of writing, the show boasts a rating of 83% on Rotten Tomatoes, and 7.1/10 on IMDB.

Shortly following the release, Disney made an official statement confirming that Obi-Wan Kenobi had become the globally most watched Disney+ series based on time spent viewing on the opening weekend.

Amazon rebranded its ad-supported VOD service IMDb TV, now known as Freevee, giving the cost-conscious consumer a cheaper option for viewing via their service. Some big titles that became available with this announcement include A Beautiful Mind, Black Swan and In Bruges among many others.

The Prime Video SVOD service released a third season of The Boys and it’s already been greenlit for a fourth season.

In June, the streaming wars became even more competitive in the UK, due to the launch of Paramount+. With content available from Paramount Pictures, CBS, Nickelodeon, The CW among others, this service will become a force to be reckoned with in the coming years.

Warner Bros Discovery announced a slowdown in the production of European Original content for HBO Max and the newly merged conglomerate alongside Apple TV+ made noise in the Emmy’s nominations.

Nevertheless, Netflix have forecasted a 2 million subscriber loss for this quarter. It is unlikely that the high profile shows have reversed this trend. But, as stocks plummet and the world of streaming investment panics – it’s worth taking an elevated view to see the full picture.

The after-effects of pandemic-induced lockdowns acrossed the world have generated volatility across markets and territories. As a result, property markets are teetering on the edge of a crash, recruiting is nigh on impossible but we’re heading towards a downturn and there is political instability across Europe.

Analysts will know that drawing conclusions from market fluctuations in today’s environment is not the wisest plan of action. It’s not the time for long-term projections based on short-term changes. Therefore, Digital i does not believe Netflix’s luck is up.

In an up-coming blog we’ll display how subscriber growth slowdown for the king of streamers is partly trend correction post-pandemic.

Get the inside view with SoDA.