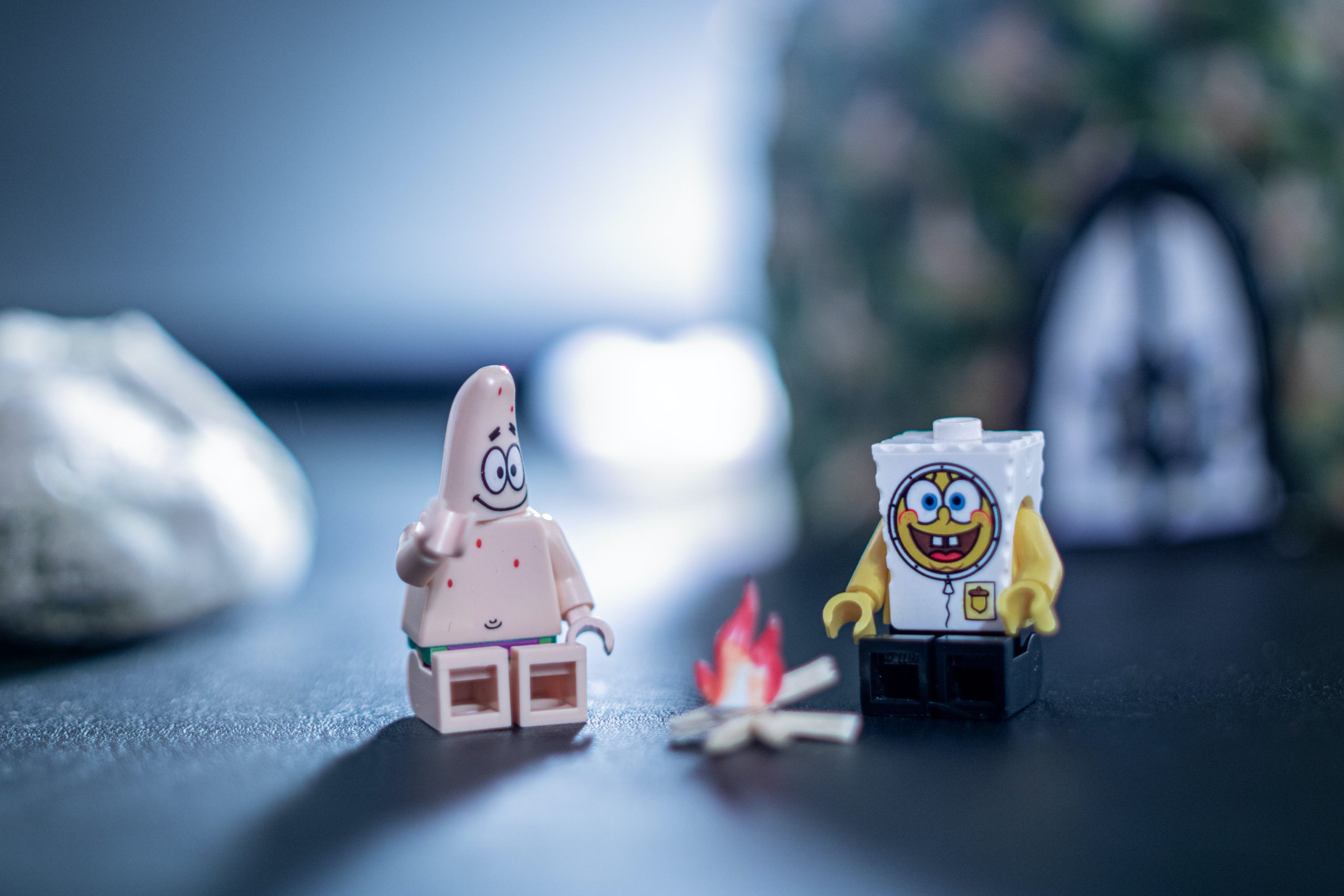 When Netflix moved into streaming video way back in January 2007, few could have predicted the impact that it would have on the world of TV.  Rather than going to your local Blockbusters, or ordering a film online and waiting days for it to arrive, suddenly people had the ability to watch films and series instantly. A few clicks takes you to all-you-can-eat entertainment.

Fast-forward to 2021, and the streaming wars is in full pelt. There are upwards of half a billion active SVoD subscriptions to over 400 different streaming services.

A new market has opened up and as global linear TV audiences start to follow the same trend, entertainment companies must fight to stay relevant. The top streaming services are battling it out, trying to claim that number one spot, but only one will emerge victorious.

Time to introduce the main contenders of the streaming wars. 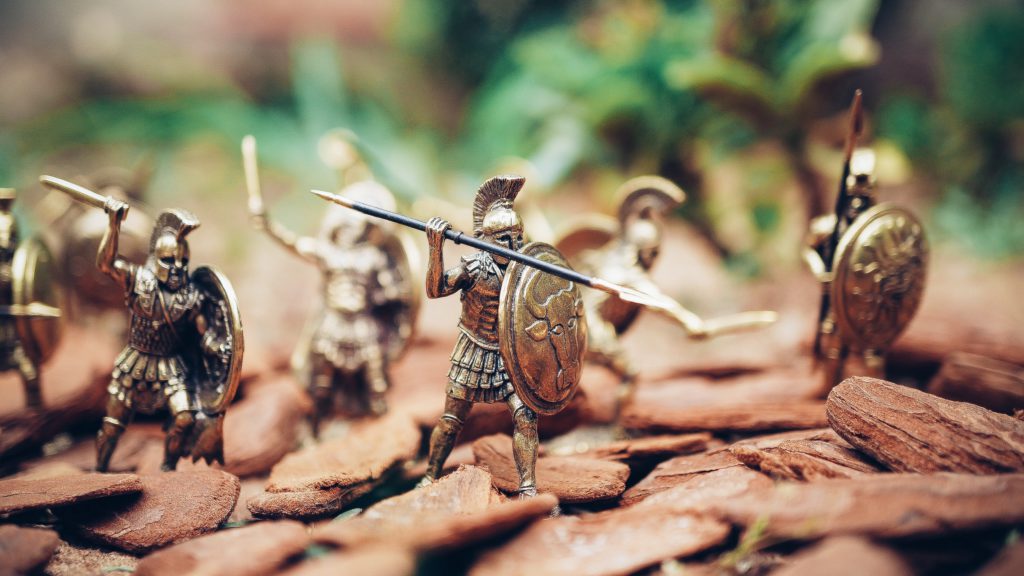 Netflix – The Veteran in the Streaming Wars

Netflix is currently the world’s biggest streaming service with over 200 million subscribers. It’s the household name for SVoD, the Coca-Cola of streaming. The platform is so well known that it essentially established its own place in the common vernacular. It is a meme, a verb, even a double-entendre.

One of the ways in which Netflix achieved this level of success is through a good mix of high quality original content paired with the acquisition of popular, long-running shows. They release new exciting shows, drawing subscribers in, and keep them engaged with the classics we all know and love.

Did you know that the top 5 most-streamed series on Netflix Europe are all popular acquired US sitcoms with at least 130 episodes? This is the kind of deep competitor insight you can get with access to our innovative SVOD analytics platform. 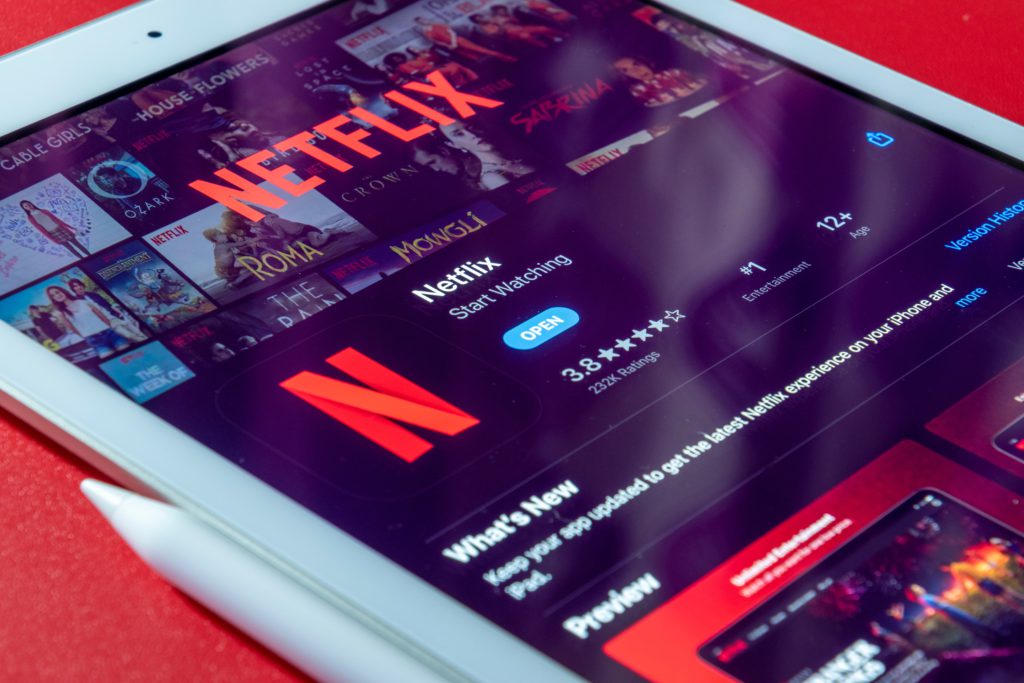 Disney is a major player in the TV and film industry. So, it was no surprise to see them make a big splash as they entered the streaming wars. In the 16 months since its release,  100 million subscribers signed up to the Mickey Mouse platform. To put this into context, it took Netflix around 10 years to achieve the same figure.

An integral part of Disney’s success lies in their large catalogue of content. Disney owns multiple networks and studios, including the large library of Pixar films, the Star Wars collection, and the Marvel Cinematic Universe.

Furthermore, Disney did not simply rely on their old, recycled content. They were proactive in producing and promoting new original content, culminating in the widespread success of titles such as The Mandalorian and WandaVision.

On their service, Disney have introduced the idea of different ‘channels’ within the platform. Previously, the channels consisted of Disney, Pixar, Marvel, Star Wars, and National Geographic, all of which are owned by The Walt Disney Company.

A newer feature that seems to hint at Disney’s upcoming strategy is the addition of Disney Star. This is a new channel on the platform featuring shows and films from Disney-owned companies such as FX, ABC and 20th Century Television. Disney+ has diversified their content library, streaming titles such as Family Guy, How I Met Your Mother and Grey’s Anatomy. The rich data in SoDA has shown us that these sort of well known, long-running titles are vital in building and retaining a subscriber base.

Star has launched with four originals: Solar Opposites, Big Sky, Love, Victor and Helstrom, with many more planned down the line, including local originals made in Europe. 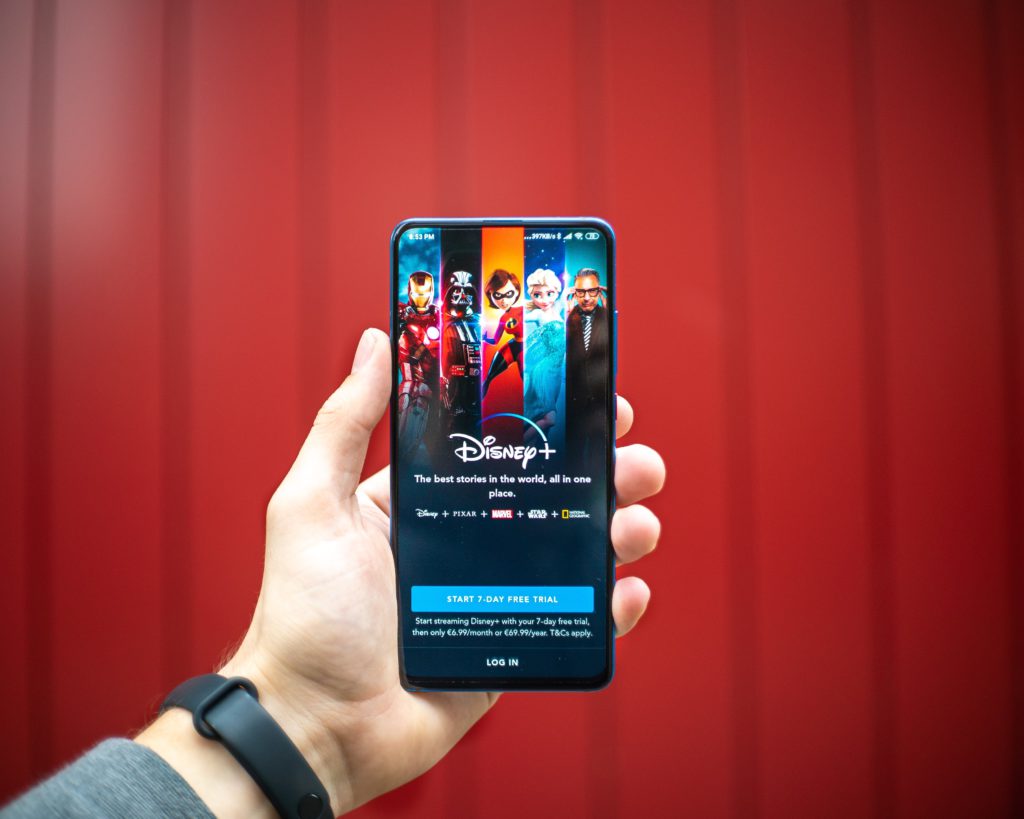 Amazon Prime Video – The Jack of All Trades

Prime Video is believed to have around 150 million subscribers. Like Netflix and Disney+, Amazon Prime features a large library of both original and acquired content. However, something that sets them apart from these services is live sport. The most popular of these in the UK being Premier League football.

Amazon Prime takes the SVOD channel idea to a whole new level. Britbox, a BBC and ITV joint venture, recently announced that in Spring of 2021 their service will become available as a Prime Video channel, significantly increasing its availability to approximately 90% of video-on-demand homes in the country.

All these channels are attractive to new subscribers, but they don’t come for free. Will consumers have to pay a hefty fee to get all the content they want in one place?

As a large multinational conglomerate Amazon has their fingers in many pies. Amazon Prime Video comes as part of the Amazon Prime package, which includes access to Amazon Music, Prime Reading, as well as unlimited next-day and same-day delivery from their store. Perhaps winning the streaming wars isn’t their priority, but instead a means to direct more people towards their online store. 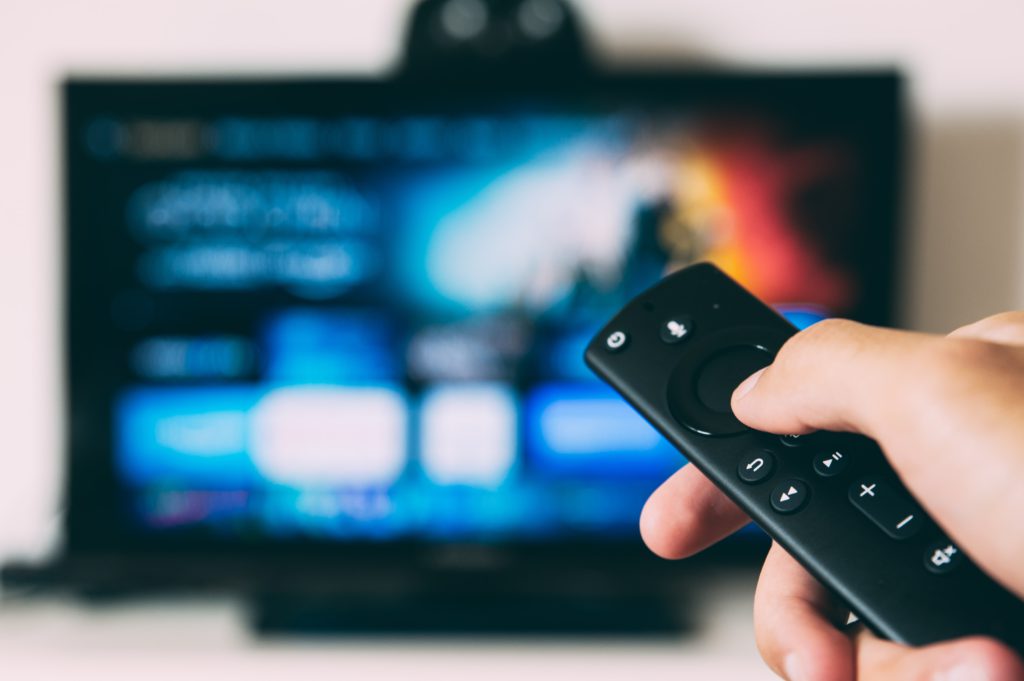 On the 4th March 2021, Paramount+ launched in the US and parts of Latin America. Latin America may seem an odd choice of where to launch a US based service, however recent reports have shown that Latin America is one of the fastest growing locations, a vital battleground in the next chapter of the streaming wars.

It features a combination of live sports, news, and a large library content from ViacomCBS owned brands such as BET, CBS, Comedy Central, MTV, Nickelodeon, Paramount Pictures and the Smithsonian Channel.

As a new platform to enter the market, Paramount+ will have to impress potential subscribers in order to gain traction, but they have a trick up their sleeve. They’re hoping to roll out new films as little as a month after they air in cinemas. They hope that this will help attract those who frequented the cinema prior to the pandemic. However, will this tactic lead to higher-than-average churn as subscribers plan their subscriptions around content releases?

In addition to this, Paramount have also managed to secure some big name titles to their platform. Spongebob Squarepants, Dave Chapelle’s standup specials and Star Trek Discovery will feature on the platform, all of which used to be on Netflix. SoDA’s large database of historical viewing data shows us that all performed exceptionally well, hinting at bright things in the future for Paramount+. 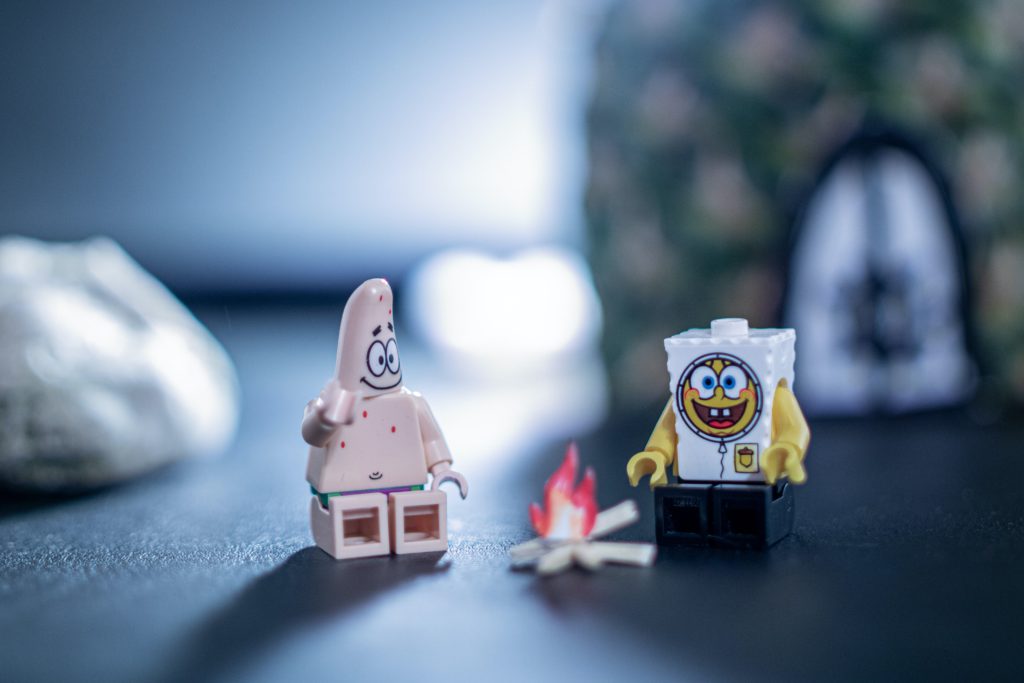 HBO Max launched in May 2020, with one of the biggest content libraries of the streaming platforms thanks to HBO and Warner Brothers.

The strategy of HBO Max seems similar to that of Paramount+. It was recently announced that AT&T will release its entire slate of 2021 movie content simultaneously in cinemas and on HBO Max. The hope is that this will offset the low box office revenue Warner Media expects to continue throughout 2021 by increasing subscribers to the platform.

Despite all this, HBO Max’s growth may have been stunted thus far due to a deal in place with Sky, rendering them unable to launch in the UK, Germany or Italy until 2025. This deal grants Sky exclusive rights to distribute HBO content in these territories. HBO Max has the potential to become one of the major players in the SVoD world. But, when the deal has run its course, will there any more room for another streaming service?

The Streaming Wars: An outlook

Other streaming platforms like Apple TV Plus have the budget and the creativity to succeed, but they have trailed far behind the main contenders. Then, we have the niche streamers like Discovery+ and Sony’s portfolio of anime streamers which have potential, they have a chance to win over a certain type of viewer and gain the niche ‘share’ of audience. But Netflix and Prime Video will forever be the founders of the viewing revolution. The key problem for competitors is Netflix’s customer loyalty, the second problem is planning for churn.

At Digital i, we are big fans of Netflix. Such great fans that we want other media companies to have the chance to compete on a fair playing field. Competition makes content thrive, creativity blaze and the consumer happy.

This is why we created SoDA, an SVOD analytics and measurement tool that helps entertainment companies understand viewing to SVOD services. It also empowers researchers to draw smarter insight from their own in-house data. Our vision is to make the streaming wars a more exciting battle, but that won’t happen if you can’t truly understand how Netflix and Prime Video have got to where they are today…

We want to show the industry how to use SoDA to attract, retain and understand SVOD subscribers. Send us a message below explaining a key problem that you currently have with your SVOD analytics, or simply a big question that your organisation needs to understand about the SVOD market and we’ll arrange a call to show you how SoDA can give you an answer.