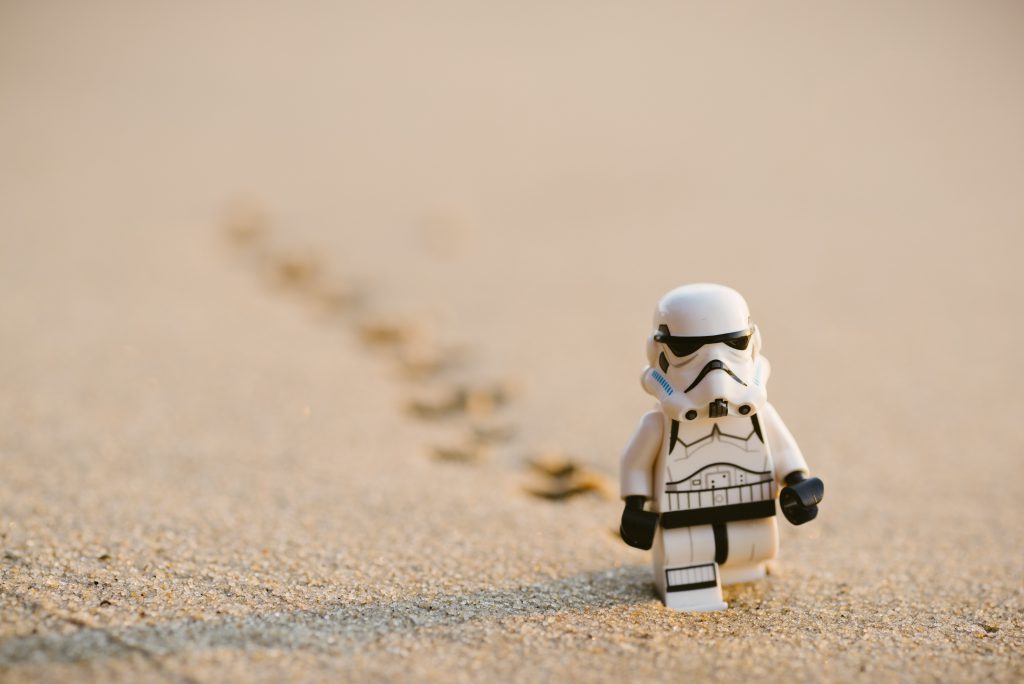 Photo by Daniel Cheung on Unsplash

-Although here in the UK, we’re still waiting…

The buzz surrouding the new Star Wars show, The Mandalorian, is at a peak- so, for this blog, we felt that a Star Wars cliché or two was in order.

We’ve seen a myriad of articles about Netflix coming under pressure because of the launch of new streaming services. Equally, it’s true that any benefit Netflix has had from licensing Star Wars and other Disney content is coming to an end thanks to Disney+.

But does Netflix need access to ‘A Galaxy Far, Far Away’?

Or is the ‘Upside Down’ and an After Life good enough for them?

Digital-i’s new SVOD measurement service, SoDA, is being used to uncover some fascinating trends about Netflix consumption and viewer behaviour.

In this blog, we reveal how the viewing choices of UK Netflix subscribers are a little bit on the dark side.

Looking at Netflix UK’s top shows from the most recent 12-month reporting period, the top five definitely belong on the shadowy side of the content-colour scale.

Elsewhere in the top ten we have the dark psychological thriller You (#6), Conversations with a Killer: The Ted Bundy Tapes (#9) and The Haunting of Hill House (#10).

Remember when Nordic-noir was a hot content trend on linear TV?

Well, Netflix has tapped into the dark mood of the nation and delivered some compelling high-quality content that is attracting millions of viewers and keeping its brand relevant and appealing.

Finding a balance in your SVOD catalogue

Nevertheless, the force of programme performance relies on a balance of darkness and light. When it comes to this, Netflix truly are the SVOD Jedi masters.

While looking at the top programme’s reach is a way to see what flag-ship content is being most promoted and consumed by a high percentage of Netflix households. The highest stream numbers show us the content that generates the most engagement with the platform.

For example, we know what draws people into the platform.

But, what makes people spend so much time on Netflix?

What content do they plug hours of their free time into watching?

Netflix has acquired some of the most popular sitcoms and provided multiple seasons and episodes making them binge-ready and binge-worthy.

Friends, The Big Bang Theory and Brooklyn 99 are among the titles that generate the most viewing volume for the SVOD platform in the UK.

This is partly due to the sheer number of episodes and seasons, but also because of the light and easy viewing they provide.

The analysis of high reach programmes vs programmes with a high volume of streams, shows how viewers balance their darker TV choices (the ones that draw them into the platform and generate buzz) with light-hearted bingeable comedies.

The charts below show the differences between the viewing spikes generated by shows like Stranger Things versus the consistent viewing of familiar comedies. 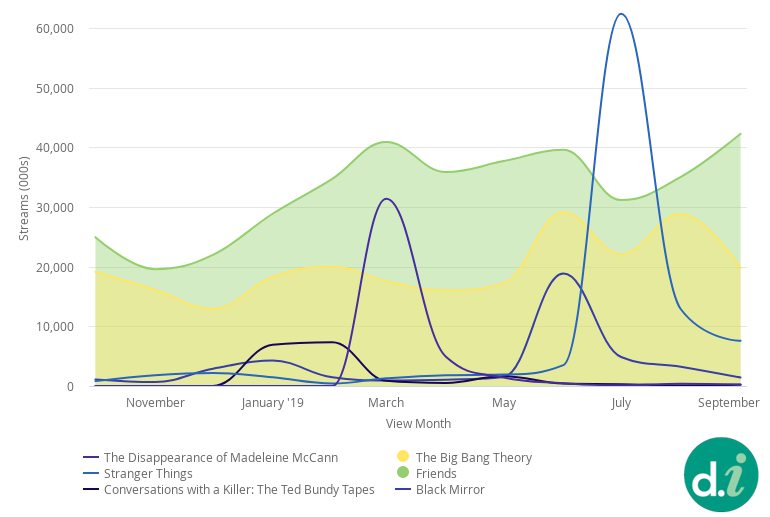 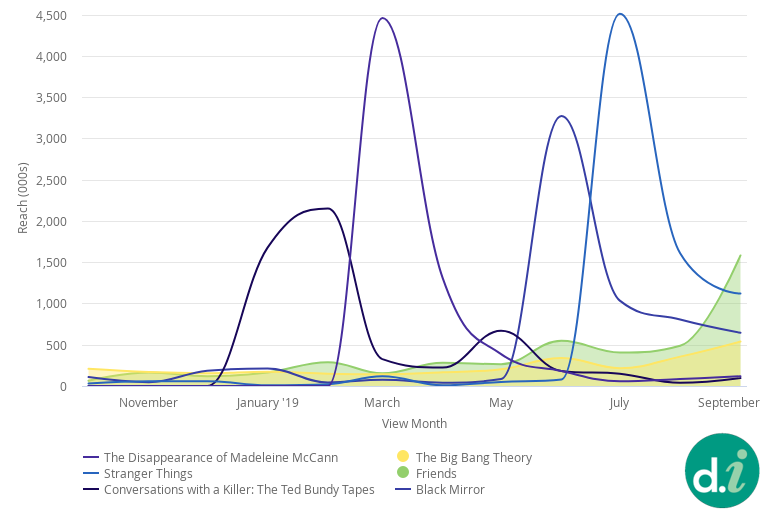 Digital-i has the capability to carry out sophisticated viewer analysis and through using advanced viewer segmentation we’ve looked at the viewers* of Stranger Things, Black Mirror, The Disappearance of Madeleine McCann, and Conversations with a Killer: The Ted Bundy Tapes, to see what other content they’ve been watching.

*Viewers are those matching more than half of the most recent season for each title.

Subscribers that have chosen to view these shows have a demonstrable taste for darker content. For example, the top titles among Stranger Things viewers includes After Life, Black Mirror and The Disappearance of Madeleine McCann.

What’s the cross-over between those who like these flagship darker shows and those who consume lighter content?

Well, among Stranger Things viewers, 46% also watch Friends (compared to a reach of 39% among all households) and 41% watch Brooklyn Nine-Nine (as opposed to only 35% of all HHs).

We see the same pattern across the True Crime category. Half of those who watched The Disappearance of Madeleine McCann also chose to watch Friends and 41% of those selecting Conversations with a Killer; The Ted Bundy Tapes also watched Brooklyn Nine-Nine.

Netflix have not only changed the way we view content, they have also set trends for genre, tone and production quality.

Digital-i has provided a measurement service that can assess the performance of this content and help understand the viewing behaviour that can influence SVOD success.

Please get in touch if you would like us to tackle a particular topic for our next piece of analysis or if you would like to learn more about Digital-i’s SVOD measurement service SoDA, please enter your details (quoting SODAINFO) here.

Finally, we are going international with the service and will be adding viewing data from the following territories in 2020: USA, Spain, Germany, France, Italy and Australia.

SoDA is exclusive information, the currency of commercial advantage, especially in the transforming world of the media.

Do not get left behind. 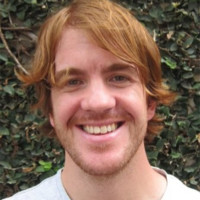